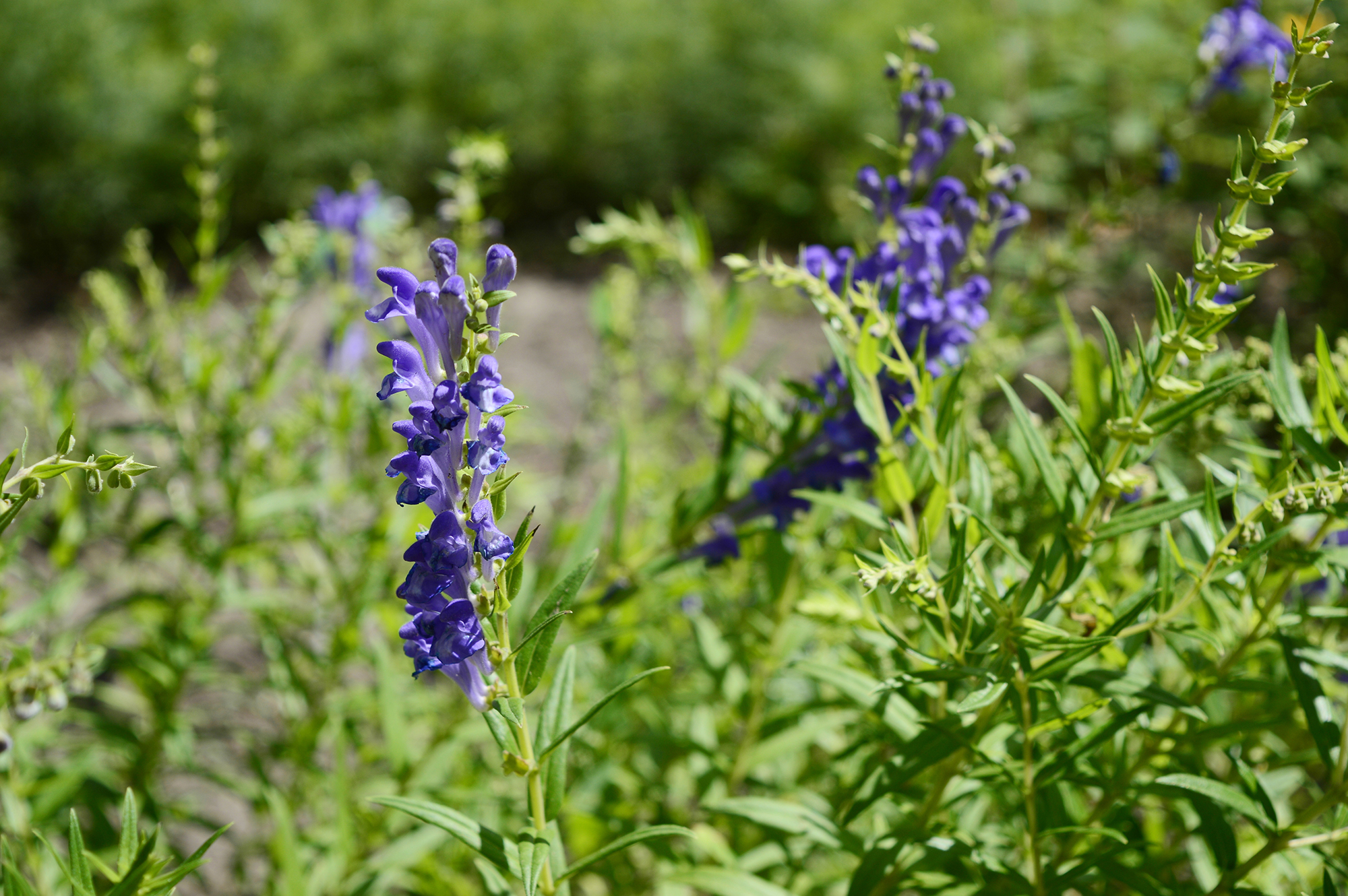 This article is for informational purposes only. The current coronavirus outbreak is an ongoing event and certain details may change as new information comes to light. No effective or FDA-approved products are currently available for the treatment of the new coronavirus (also known as SARS-CoV-2 or 2019-nCoV), although research is still ongoing.

Baicalein is a flavone, a type of polyphenolic flavonoid, that is extracted from the roots of Scutellaria baicalensis and Scutellaria lateriflora.

Baicalin is a flavone glycoside, the glucuronide of baicalein, which is obtained through the binding of glucuronic acid to baicalein. It is primarily used in Asian countries as an herbal supplement.

When given to asthmatic rats as a pretreatment, baicalin stimulated a healthy remodeling of the airway. Similarly, baicalein reduced airway inflammation, injury, and remodeling in asthmatic mice [2, 3, 4].

In mice with pulmonary hypertension (a progressive condition in which excess of pressure in the lungs leads to their failure), baicalin prevented the development of the condition by reducing pressure and inflammation [5].

In mice with lung injury caused by a chemotherapeutic drug (bleomycin), a traditional Chinese medicine with skullcap reduced tissue scarring and inflammation [9].

Similarly, skullcap extract and its active compound wogonin reduced lung damage in mice with acute lung injury (a condition that may progress into ARDS) by reducing inflammation [10, 11].

However, Chinese medicines with skullcap have been reported to cause ARDS in some people [12].

Skullcap extracts may improve lung function by reducing inflammation, but this has only been studied in animals so far.

Traditionally, Chinese skullcap is used to fight off infections, especially respiratory ones. A meta-analysis of 8 clinical trials concluded that the Chinese medicine Shunag Huang Liang may relieve fever, cough, sore throat, and reduce the disease course in acute upper respiratory tract infections. However, the authors warned about the poor quality of the included studies [13].

Skullcap extract, herbal medicines containing it (KIOM-C and San Wu Huangqin), and its active compound baicalein improved survival and reduced viral load, lung injury, and inflammation in mice infected with the 2009 swine pandemic flu (H1N1). In one of them, baicalein enhanced the effects of the antiviral drug ribavirin [14, 15, 16, 17, 18, 19, 20].

In one cell study, skullcap was more effective in reducing the replication of the swine flu virus than a drug used to treat and prevent it (oseltamivir phosphate) [21].

In mice with pneumonia caused by the common flu, skullcap root extract reduced inflammation by blocking the production of pro-inflammatory cytokines while stimulating those with an anti-inflammatory effect [22].

Animal and cell studies have found that skullcap and its extracts reduced viral load and improved survival rates.

In a clinical trial on over 700 children with severe foot-and-mouth disease, treatment with Chinese skullcap reduced viral loads and fever, relieved mouth wounds and rashes, and improved neurological symptoms [34].

Skullcap reduced hepatitis C levels and blocked the virus from replicating in infected mice. Wogonin, its active component, reduced replication of the hepatitis B virus in ducks and improved their liver function [35, 36].

Skullcap extract also reduced inflammation, death rate, and viral replication in mice with heart muscle inflammation caused by coxsackievirus B3. Similarly, its flavonoid oroxylin A reduced viral loads and pancreatic inflammation due to this virus [37, 38].

When exposed to HIV, skullcap and its active component baicalin were active against its replication and blocked the activity of enzymes the virus needs to spread [39, 40, 41, 42, 43].