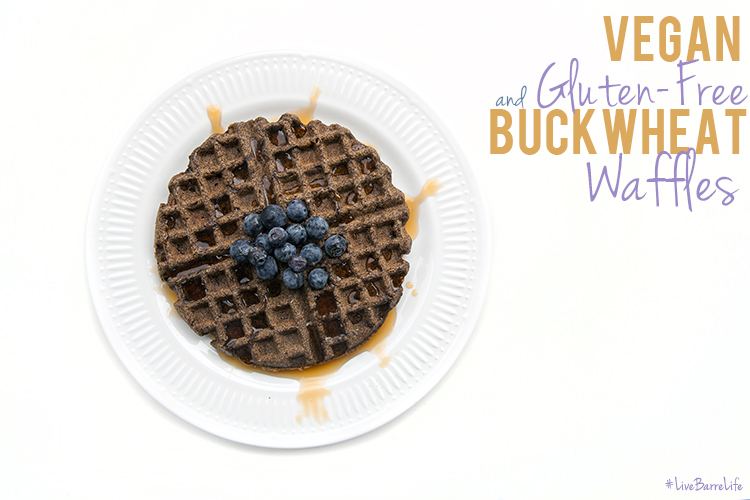 It’s “Tasty Tuesday”, where every week we bring you new, fresh, local, healthy recipes and food tips. Find out what is in season, and what will keep you fuelled during and after your work outs!

I had some buckwheat flour kicking around from when I had my elimination diet and went gluten-free for a while, and decided to try my hand at some buckwheat waffles.

They can be pretty dense, so I mixed in some brown rice flour to keep this gluten-free, and used coconut oil instead of butter, and a flax egg to make it vegan. Toss in a bit of protein powder, and hide some chia seeds in there, and you’ve got a heathy breakfast and you didn’t even know it.

Make Your Meal Even Healthier Tip:

I feel like there is so much good stuff in these waffles, that it really comes down to the toppings to make it healthy. You’re going to need maple syrup as they’re a bit on the drier side, but if you toss on some banana slices (I don’t like raw banana, or else I would have used it), any kind of berries, or even a good nut-butter, you’re golden. 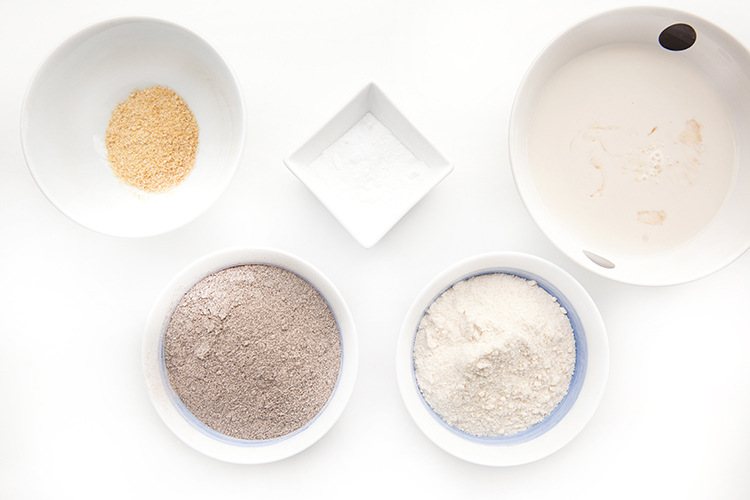 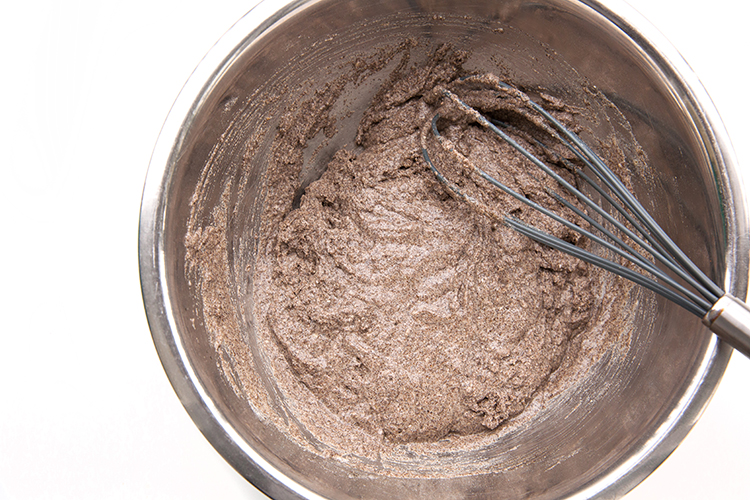 In a bowl pour the dairy-free milk of choice, add the apple cider vinegar, whisk slightly and let stand for several minutes.

In a small bowl, place the flax seed, and add 3 tbsp of water, whisk and let stand for at least 5 minutes.

Melt the coconut oil if you haven’t already.

When the milk, and flax egg are ready, add them to the dry ingredients along with the vanilla, and the oil, and stir until JUST combined.

Let sit for about 5 minutes.

In the meantime, heat the waffle iron to medium heat, and spray with vegan cooking spray.

When the batter is ready, scoop about a half a cup at a time of the mixture into the waffle iron and cook for 3-4 minutes depending on your iron.

Repeat until the batter is finished.

If you want to wait to serve them until they’re all done, keep the waffles in your oven on the lowest temp (no more than 200).

If you have leftovers, you can keep them for a few days in the fridge, or you can freeze them in a ziplock bag and reheat in the toaster! 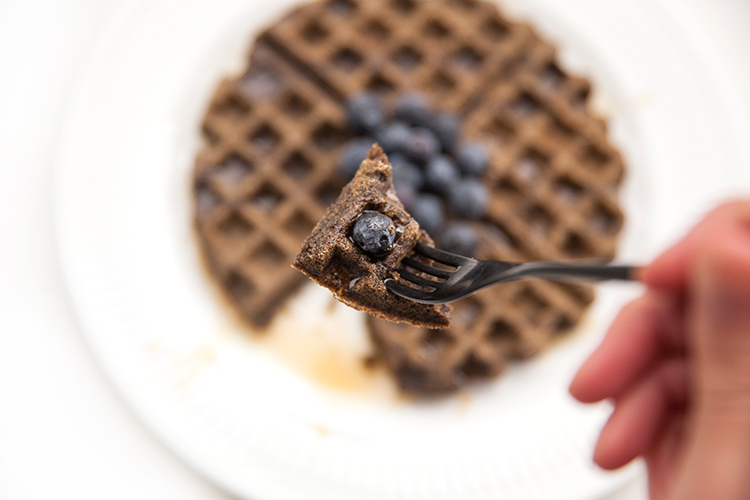 Let us know if you make this recipe by posting it on instagram or twitter and using the #LiveBarreLife hashtag! And if there are any specific meals, fruits, veggies, or meats, you’d like to see on the blog!

photos and recipe by: Christine McAvoy